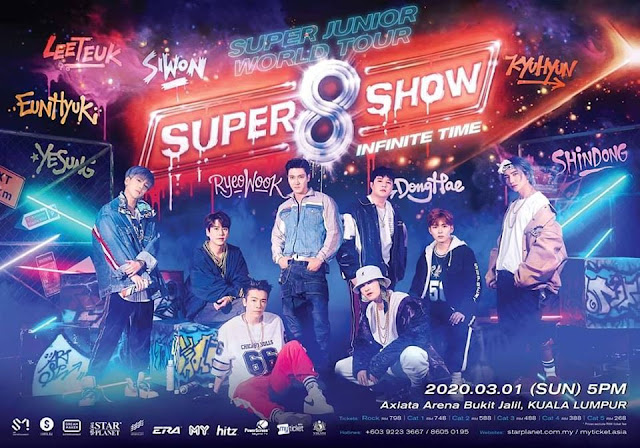 The highly anticipated SUPER JUNIOR will be returning to Malaysia for ‘Super Show 8: Infinite Time’ World Tour, taking place on 1 March at Axiata Arena. Although SUPER JUNIOR and sub-unit group DnE have visited Malaysia respectively in 2018 and 2019, but it’s been 6 years since the complete group performed at our shores for a full-scale concert. Sadly, Heechul is sitting out of this tour due to health conditions. SUPER JUNIOR began their 5th world concert tour in Seoul last year and have since performed in Japan, Thailand, Philippines and Indonesia. 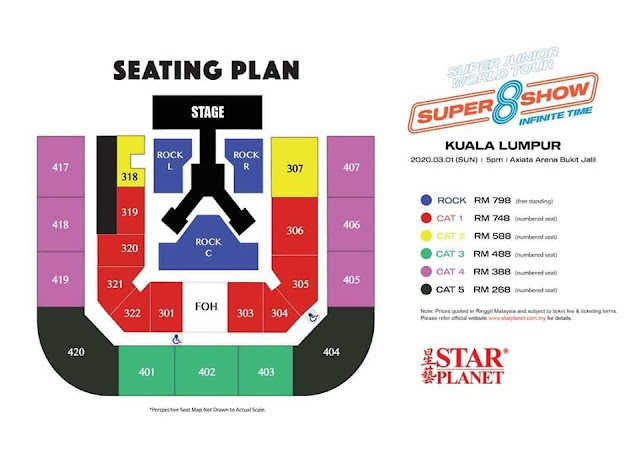 Fans who previously signed up as Star Planet Member is eligible to receive 1
reward point for every RM1 spent on ticket purchase. Reward points are redeemable for Star Planet’s limited edition merchandises. 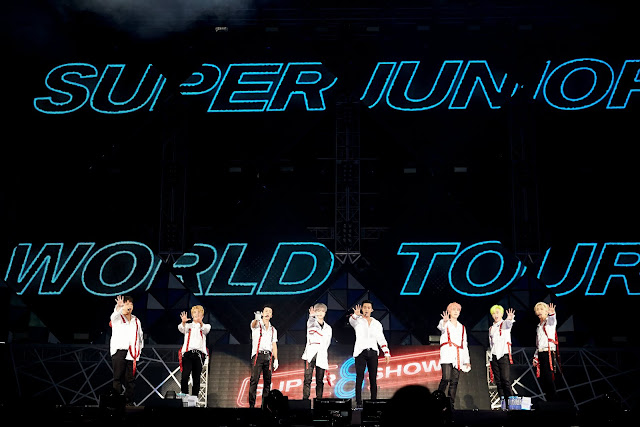 Dubbed as the “King of K-Pop”, SUPER JUNIOR debuted in 2005 and is one of the longest running
boy groups in the K-pop scene. The group achieved global stardom following the release of viral hit
“Sorry, Sorry” in 2009, and continue to reach commercial success with mega hits such as “Mr. Simple”,
“Sexy, Free & Single”, “MAMACITA”, “Black Suit”, “Lo Siento” and etc.

Despite their debut in the industry for 15 years, SUPER JUNIOR continues to proof its status by being
the first foreign-language artist to win Artiste of the Year award at the 14th KKBOX Music Awards,
and also being the first K-pop act to enter Billboard’s Latin Songs chart last year, with “Lo Siento”
charted at No. 13. 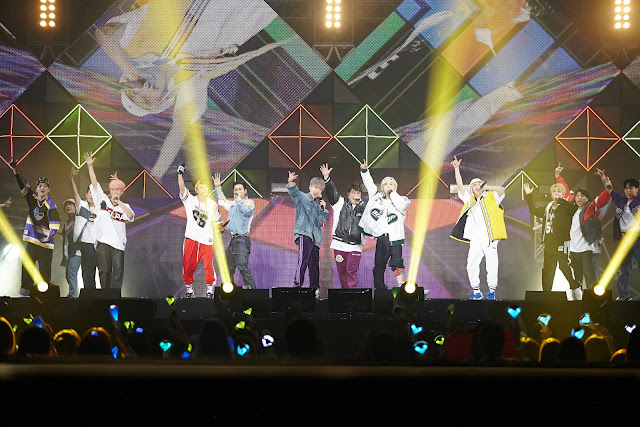 The group’s eight members comprising of LEETEUK, SIWON, DONGHAE, RYEOWOOK, KYUHYUN,
SHINDONG, YESUNG as well as EUNHYUK, who is also the head concert director of this tour, are
going to make you SUPER Clap with their timeless charisma and eternally astounding performances.
Accompanied by explosive and state-of-the-art stage production, the show will absolutely leave
E.L.F.s on edge of their seats promising an event full of excitement.

GOKpop Malaysia, an online media that caters Korean entertainment and was appointed as the Official Online Media for TVXQ World Tour “CATCH ME” in Malaysia, GOT7 1st Fan Meeting in Malaysia,‘TWENTY’ Gala Premiere in Malaysia and Roy Kim Promo Tour in Malaysia 2016.

Protests, protests, and protests every where. Certain K-Pop fandoms have been busy protesting in recent times. Yes, the world is full of things fans...
Read more
K POP

BTS take over the world with new comeback ‘Black Swan’! As we all know, BTS has quickly turned into a world...
Read more
- Advertisment -

Deals You Won’t Want to Miss This Week

The popular sitcom Parks and Recreation declares October 13th Treat Yo’ Self Day, but here at Bossip, we believe you can (and should!)...
Read more

Eminem is catching heat across The Pond for one of the controversial lyrics on his new album.On Friday (Jan. 17), Shady surprised the...
Read more

https://www.youtube.com/watch?v=R3yXFcV8sp4 Uploaded January 20, 2020 Please click the “Report” button below if the video on this page is not working properly. Report this video! NEVERMIND, TAKE ME...
Read more

Nickelback may take some time this year to pay homage to their All the Right Reasons album, which turns 15 in 2020. The...
Read more